Introducing our own shooting champions- The Jaganath sisters!

The gaining and developing of any talent requires consideration of people who can facilitate or promote progress. One of the most fundamental influences in this respect is the family, and recent studies have extended its focus from the role of parents to the role of siblings. It is a widespread and long-standing observation that sibling involvement in many elite sports personalities has garnered great success.

We believe this analysis is accurate and would like to use our own practical examples of Sarika and Vedika to emphasise the holistic and complex role that siblings play in talent development, participation, performance and success.

Today our hall of fame article is about none other than our sibling sports stars Sarika and Vedika Jaganath.

Though initially their parents were not particular about their children being professionals in any sports and were rather interested in encouraging their children in sports, to keep them physically fit, it was the girls who took upon shooting as a professional sport. Their mother speaks of how she wanted their children to know many sports and both the girls have practiced and gone through a milieu of sports like basketball, swimming, badminton, and shooting, it was when practising these sports that Sarika grew rather fond of shooting in particular, and took up basic classes. As she was more and more enamored with the sport, she decided that she wanted to continue learning the same professionally.

We all grew up competing with and motivating our siblings to a certain degree. An older sibling has the unique ability to influence and mold a child’s interest and help them gravitate towards their passion and craft like none others can. This is especially true in Vedika’s case, where initially she was engaged in badminton and wanted to learn the same professionally, but as both the sisters were in the same sports arena practising side-by-side Vedika was fascinated with shooting by seeing her older sister. So after three months of badminton practice, she took her decision of discontinuing badminton and pursuing professional shooting just like her sister. 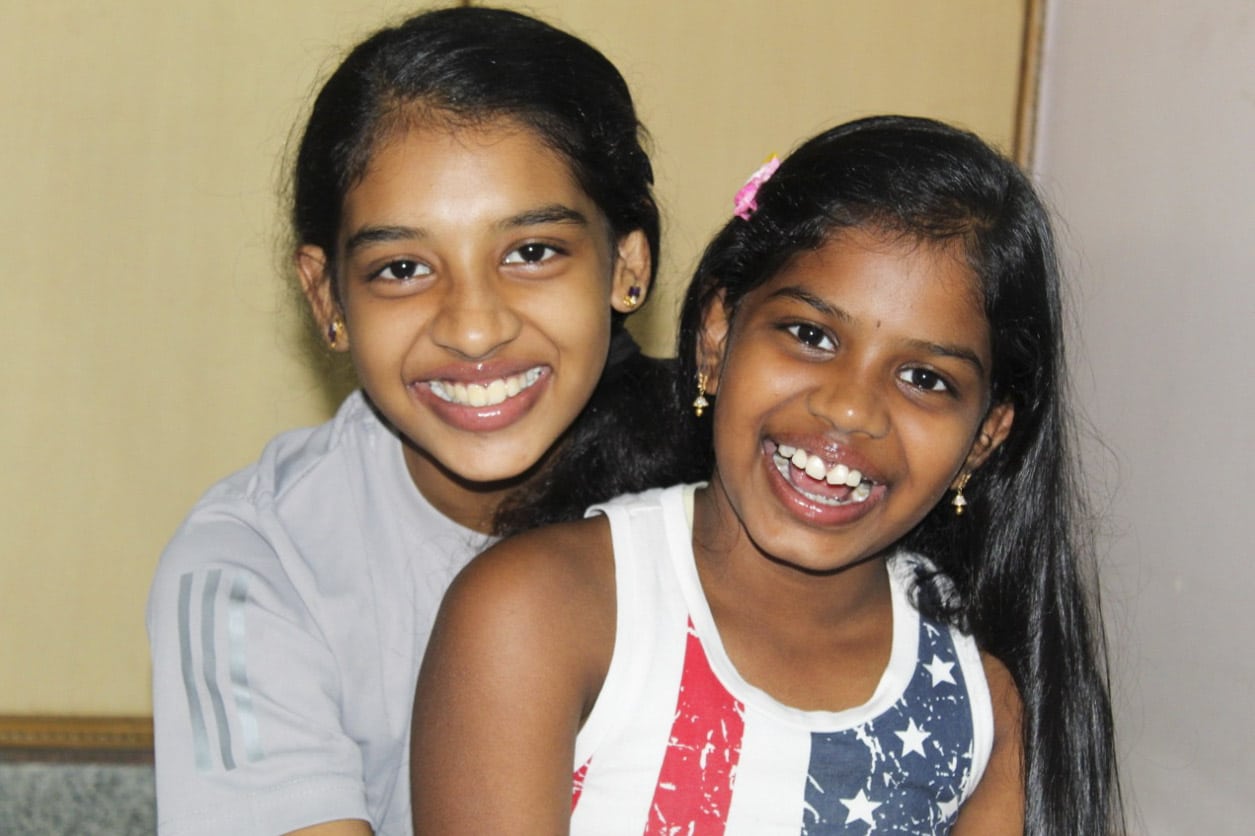 “A happy life consists not in the absence, but in the mastery of hardships.”- Helen Keller.

Practising and competing in any sport comes with its own set of challenges, so for a child as young as Vedika, the challenges were the tremendous amount of physical pain she had to go through, which came along with practising sight shooting. So her coaches had to give her extended amounts of fitness training to help her cope with her physical ailments and make her truly fit for the sport. As for Sarika, the greatest challenge she faced was when she started peep sight shooting in October 2020, when she had just a few days for her state level championship and the change from open site to rifle shooting required a weapon change which warranted huge adjustments. This brought about some of the major failures in her path, along with the many lock-downs and uncertain situation brought about by the pandemic, which scared Sarika to a great extent and had her practising for longer durations in a fear of failure and uncertainty, which further made it difficult for her to cope with her studies.

It is well known that failure is the key to success, and “Winners are not people who never fail, but people who never quit.” While Sarika faced her own set of failures, Vedika, on the other hand, faced challenges where she had to compete above her age group. When she began with her shooting practice, she could win all the medals in her competition that were under 10, but when it was Karnataka State board, her only option was to compete above age, which led to her failure. The fear of competing with older children and seniors pulled her down to a great extent, however with constant practice and encouragement, she was able to cover the gap and win over 10 gold medals despite competing with kids well above her age.

At times we fall, but it is how we get back up after the failure is what makes the difference. It is the motivation given by the parents and coaches, which was the key feature in helping the girls cope with failure. Be it the continuous practice to help beat fear of competing with higher age-group children or getting accustomed to a new weapon, their parents and coaches, International Shooter Manjunath Patagar, and National Shooter Sharanendra, who stood as strong supporting pillars and helped the girls win. Every time the girls felt low or were distraught after a failure their mother told them the story of “The Marble Statue” and persistently asked them if they would want to be the statue or the floor, which motivated the girls every single time to overcome their struggles, failures and help them get up each day, even after particularly rough days to struggle and take the pain to become the statue rather than being just the floor. As Denis Waitley rightly said,”The extra energy required to make another effort is the secret of winning.”

When asked what motivates the girls to train every day relentlessly Vedika had to say that her ambition of representing our country in Olympics keeps her motivated whereas the smile on their parents and coaches’ face encourages Sarika to train every day. 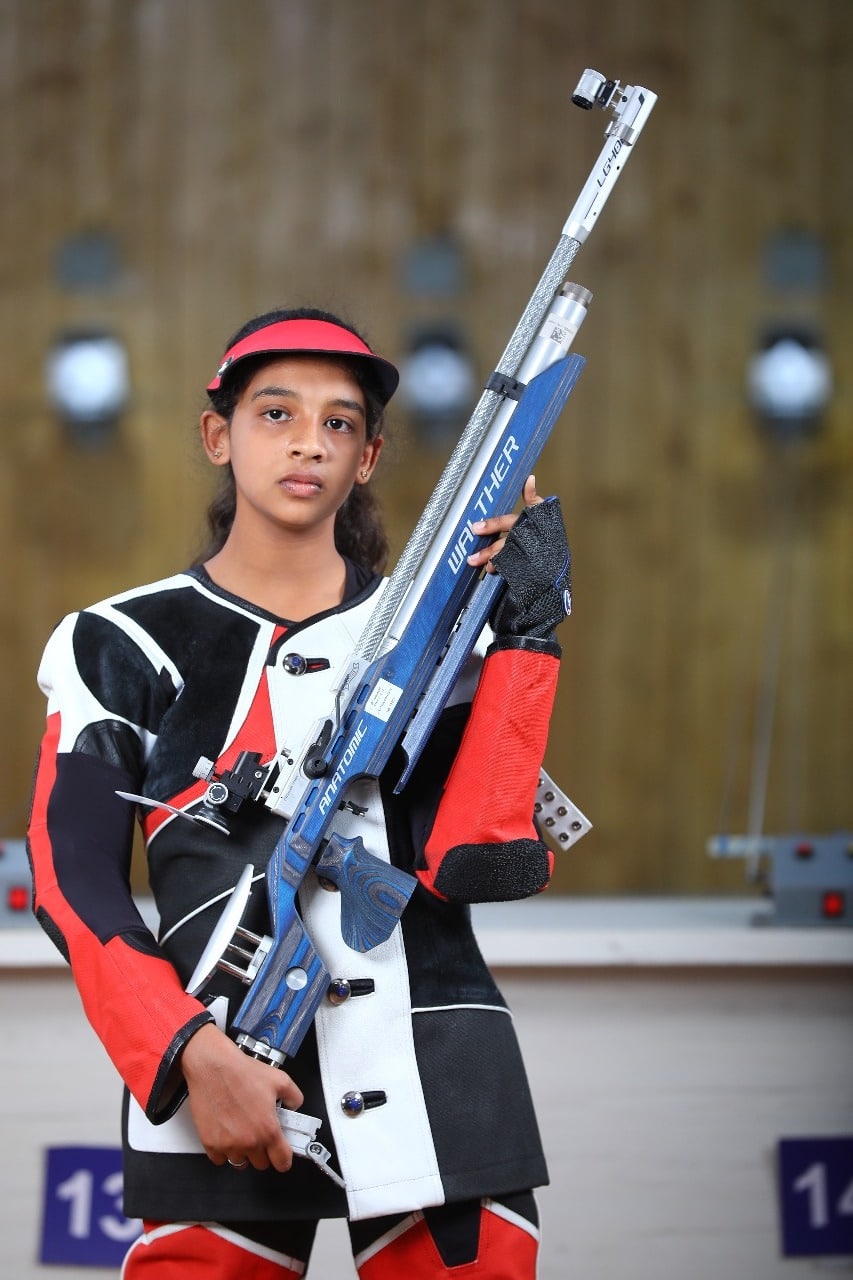 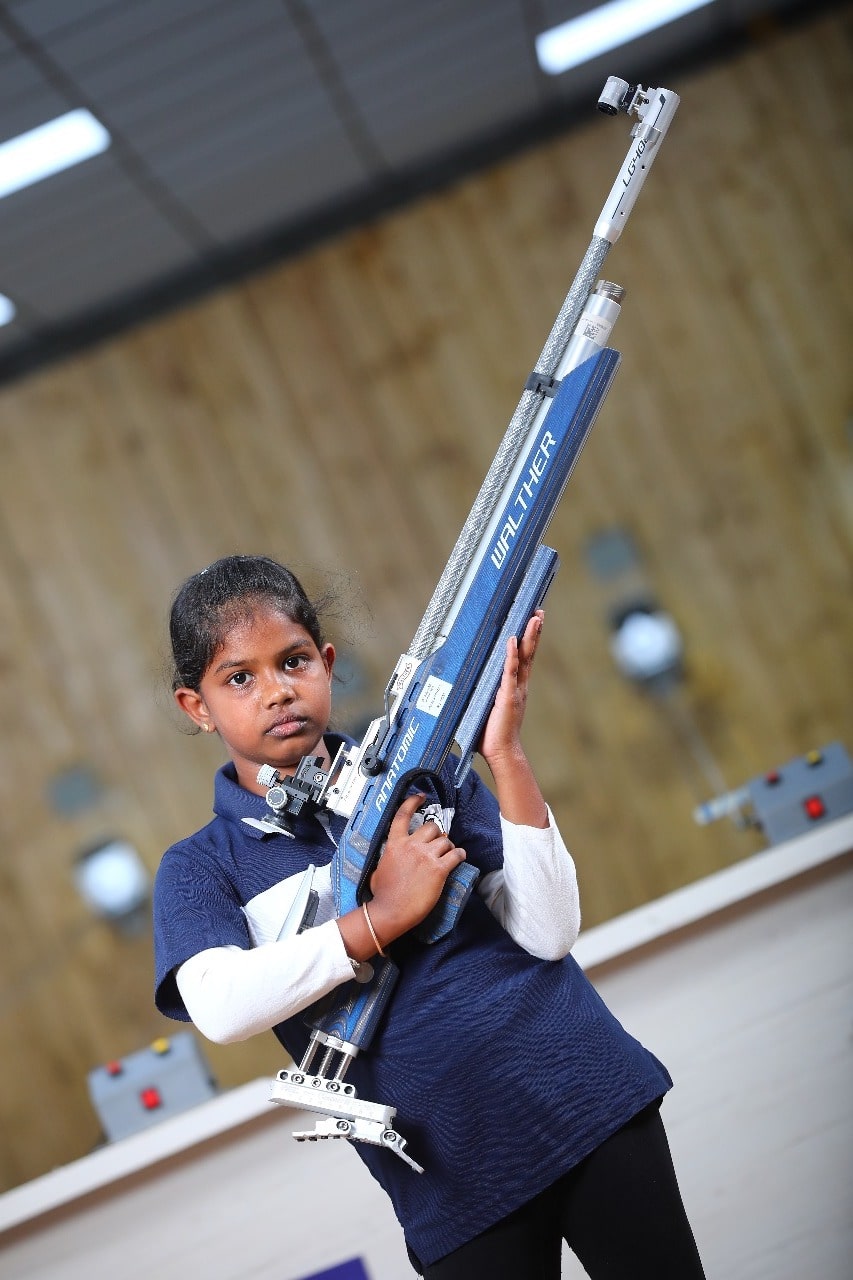 After achieving a fantastic qualifying score in state level, both Sarika and Vedika have moved from open site to rifle with which they can reach any level till the Olympics. Vedika has won numerous gold medals and Sarika, despite all odds, has been selected for national level where she will represent Karnataka and compete against many other state-level champions.

Below are few Achievements of Sarika:

Some of Vedika’s achievements are as follows: 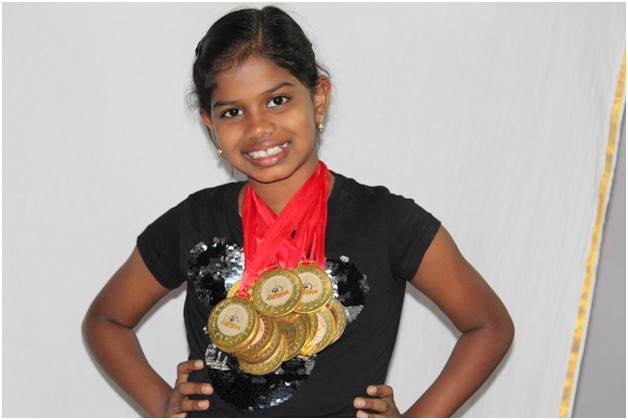 Children’s achievements in life do not mean the achievements are theirs alone, it is the entire family’s achievement. So it wasn’t only the kids who had to face challenges, but also the parents had to go through their own set of challenges to help the girls reach where they have today. Athletes who practise a professional sport from such a young age find it difficult to juggle between their personal and professional lives, be it their education, family time or even self time, it is their parents who stood by them and shared their difficulties and backed them up every single time.

The parents feel like their life is always running on a timeline and everything they did was under time constraints. Their schedules were so full of practice, school, classes, workouts, et cetera with no rest, and they feel like their entire days are always in a blur of urgency when they did everything in a hurry. From eating breakfast in a hurry, hurrying to their workout and heading back from workout, to attending classes, finishing their classes and going back to the practice arena, everything was a hurry! Another challenge was that wearing kits and practicing would make both the girls suffer a lot of physical pain, which was also very difficult to cope for the parents.

Many of you may probably know what sibling rivalry is, however, several studies have identified paradoxical considerations that suggested sibling competitions may benefit athletes’ performances. This is appropriate again, as Sarika and Vedika often challenge each other during shooting, which helps them keep each other motivated and focused. They also help each other with successful techniques, postures, well-wishes and even something as simple as reminding each other to take water breaks, as we all know perfectly well how important it is to stay hydrated, especially while playing a sport.

Though Vedika gradually grew interested in shooting by seeing her sister and Sarika started shooting to have a knowledge about the game, as it was an individual sport and the outcome completely depended on her, they both feel that shooting has helped them come a long way. While Sarika feels that shooting as a sport gives her great focus, which also helps her concentrate on her studies, Vedika feels the same way that shooting helps her improve her focus and concentrate better in her education while also making her feel very peaceful while shooting.

Having a role model is a great way to inspire oneself to achieve the zenith of success. Young children especially look up to people who serve as an example by influencing others to shape their own aspirations and goals. Vedika feels strongly that her role model is Apurvi Chandela, who is a budding Indian shooter who has won many gold medals and is a recipient of Arjuna award. While the renowned shooter Abhinav Bindra, who is the first and one of only two Indians to win an individual Olympic gold medal, is Sarika’s role model. It is the way they achieve success in shooting and the way they have aligned they are training and their mental edge has inspired the girls.

The role of the school is of exemplary importance in helping children achieve and pursue their sporting interests just as much as their academics. We at Sherwood high believe sports are a crucial part of our students’ growth and development.

At Sherwood High, the girls felt their achievements were acknowledged, as they were congratulated and motivated every time they won a medal. They say that they were tempted to score more medals to get the honour again and again, while the wishes and encouragement from their friends, teachers, and staff kept them going even during tough competitions. “Vedika had to say “Every medal I won was shared with Sherwood high, and each time I completed Agnes ma’am would call me to her office and congratulate me while honouring me in the class assembly every single time” and Sarika says “Anuradha ma’am extended her support in all possible ways and she was there every time I needed her, while also being very motivating to me”.

Our teachers, management, staff and faculty stand as an example when we say that Sherwood High believes in teaching our children to dream big. By taking up responsibility for nurturing and steering those aspirations in the right direction, we do our best in motivating them to be relentless in the pursuit of their ambitions in order to help them make that dream a reality!

We are extremely proud and pleased to see you accomplishing great things. Congratulations on all your well-deserved successes! We wish Sarika and Vedika all success, go out there and give it your best shot always!