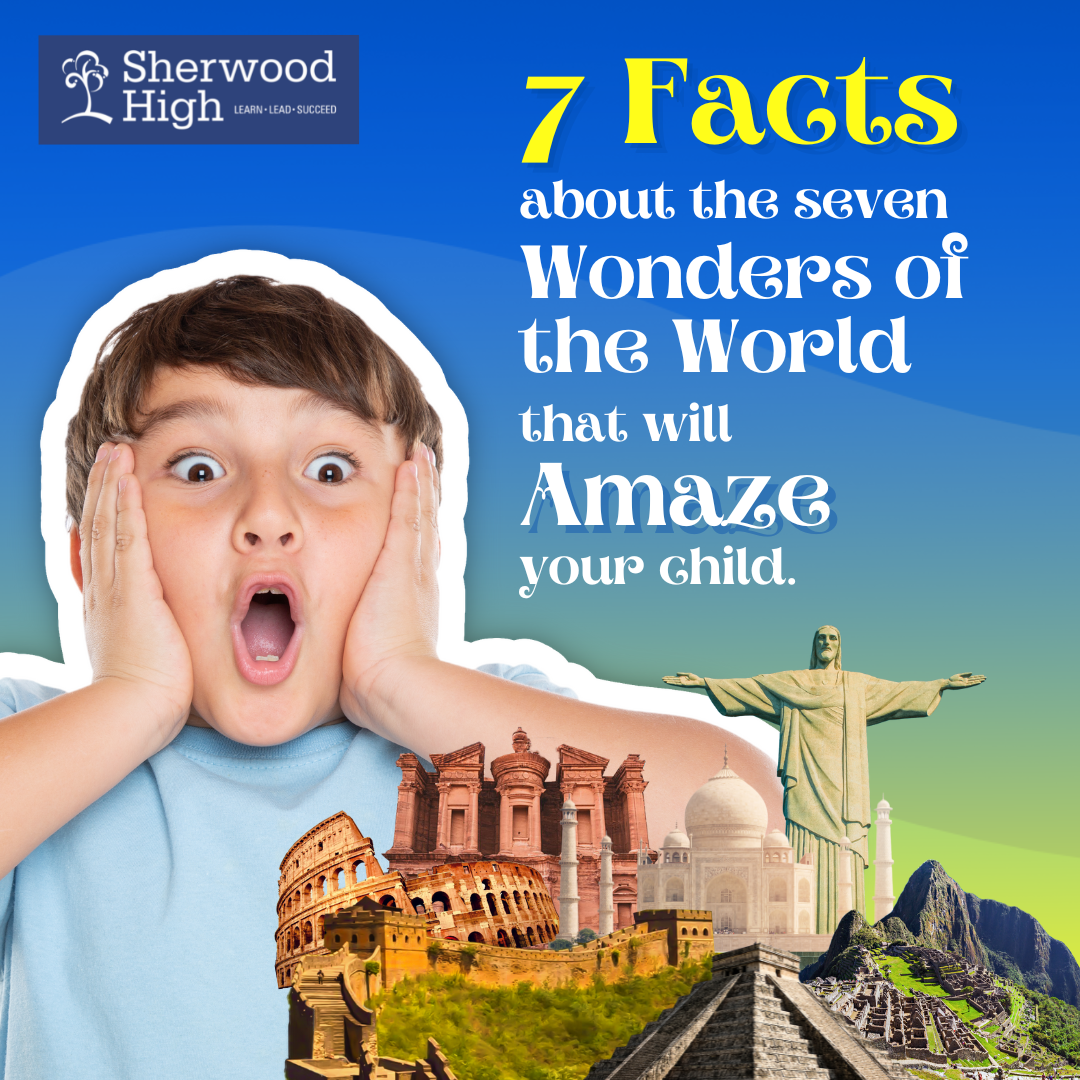 Our world is full of amazing things and wonderful places. One gets stunned by the magnificent beauty of nature. On the other hand, humans are capable of constructing great buildings, and many man-made structures blow away our minds. Kids are naturally very curious, and they love learning about their world. If you want to develop your kid’s interest in subjects like history, geography, and architecture, start by discussing the world’s wonders. This topic is particularly popular among kids because all the interesting information keeps them hooked. It is also an awesome topic to increase their general knowledge.

Historians have been making lists of the Seven Wonders of the World since ancient times. But those lists, as well as those structures, have not survived, and new lists have been made. You might wonder why the number seven is used for making these lists. This is because in ancient times, along with the sun and the moon, only five planets were known, and the number seven represented them. It is also because Greeks supposed it to be a perfect number.

Here is a list of The Modern Seven Wonders of the World that will keep your child entertained and engaged. The interesting facts about these structures will stir your kid’s curiosity and hopefully make them learn new things without getting bored.

The Great Wall of China

The Great Wall of China is a wall built along the borders of China. The main purpose of building this wall was defense against enemies and to regulate activities at the borders. The construction started in the 7th century and continued under the reigns of many emperors. Most of this wall was built during Ming Dynasty. It is 13,170 miles in length. It was made from a combination of materials like wood, stone, mud, and bricks.

Interesting fact: The complete construction of the wall took approximately 2000 years to finish. Many workers died during the construction and were buried inside the wall.

Petra is one of those must-visit places before you die. Situated in Jordan, the city was home to thousands of people but became uninhabited for many centuries. A Swiss explorer discovered it again in the early nineteenth century. That’s why it has earned the name ‘Lost City. It also has the nickname ‘The Rose City’ because it is carved from a pink rock. It had a water-management system that was quite advanced for its age.

Interesting fact: Prophet Moses’s brother Aaron is believed to be buried in Jabal Harun, a peak in the area around Petra. 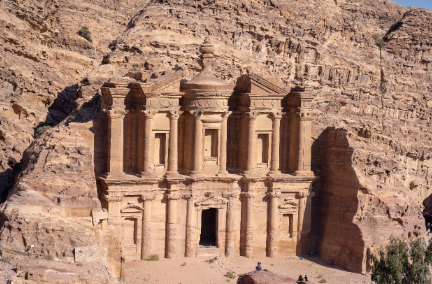 Christ the Redeemer is a statue in Rio de Janeiro, Brazil. It is a statue of Jesus Christ and is situated on Mount Corcovado. It was made through Brazilian-French collaboration. The construction started in 1922 and took almost nine years to finish. The statue is 98 feet high with an additional pedestal of 26 feet. Its arms are 92 feet wide. Some people get special permission to get inside the statue and reach the top. Undoubtedly, it gives a spectacular view of Rio de Janeiro.

Interesting fact: The statue often gets struck by lightning during thunderstorms, and some parts get damaged. However, officials act quickly to repair that damage. 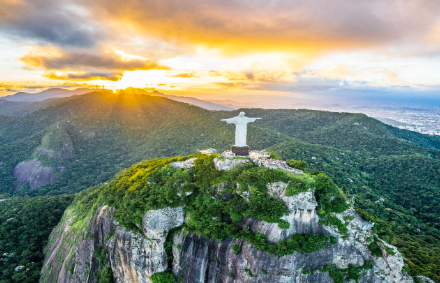 Interesting fact: Macho Picchu is slowly sinking due to earthquakes and massive tourism. 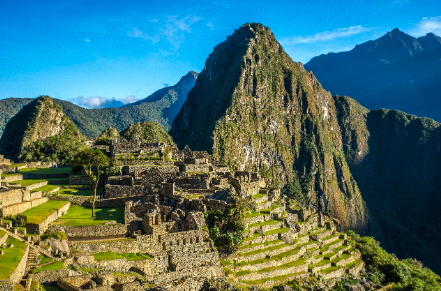 Located in Mexico, this city has a pyramid which is quite an interesting sight. It is believed to be at least 1500 years old. It is indeed an architectural wonder and puts people in awe. It has square stairs on all four sides. Its last construction is believed to have taken place in the 11th century. Many people visit the site during the spring season because, at that time, the sun produces shadows that look like a serpent crawling down the pyramid.

Interesting fact: When people clap their hands around this pyramid, it produces a chirping sound of the Quetzal bird. According to the research, this was intentional as the builders of this pyramid loved the echoing sound effects. 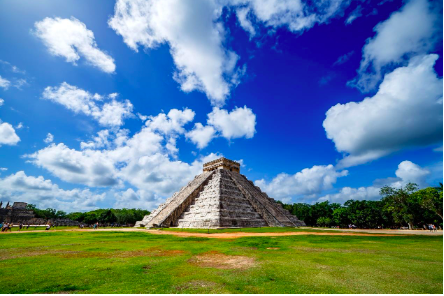 Colosseum is an amphitheatre in Rome, Italy. It is approximately 2000 years old. A massive fire damaged the top levels of its structure, and several earthquakes have shaken it, but it is still in pretty good shape. It was also called the Flavian Amphitheatre. Its construction was completed in less than ten years by approximately 60,000 to 90,000 people.

Interesting fact: In the colosseum, gladiator conquests took place in which armed combatants fought each other until one of them died. Sometimes the opponent against a man was a wild beast. This was a form of entertainment for Aristocrats and Roman masses back then. 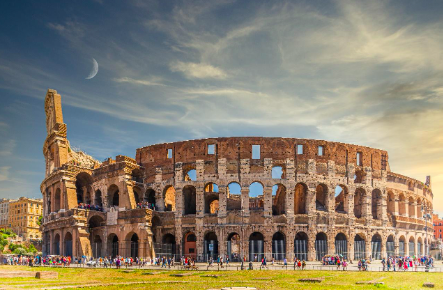 Taj Mahal is located in Agra, India. It is a mausoleum of Mughal emperor Shah Jahan’s wife, Mumtaz Mahal. He ordered to build the palace to honor her when she died, giving birth to their 14th child. Only two people are buried there; Mumtaz Mahal and Shah Jahan himself. Taj Mahal is a masterpiece of Mughal architecture.

Interesting fact: It is made of white marble and changes color throughout the day under different lighting. Many precious jewels were also used to decorate the Taj Mahal, but most of them were stolen later. 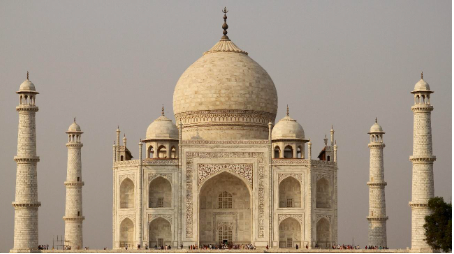 If you are questioning why all these wonders are man-made structures, that’s because it is the criteria to be selected as a world wonder. According to the candidacy criteria provided, structures from all over the world were eligible, but they needed to be man-made and have artistic value. We hope that your child enjoyed reading about these wonders and learned something new.