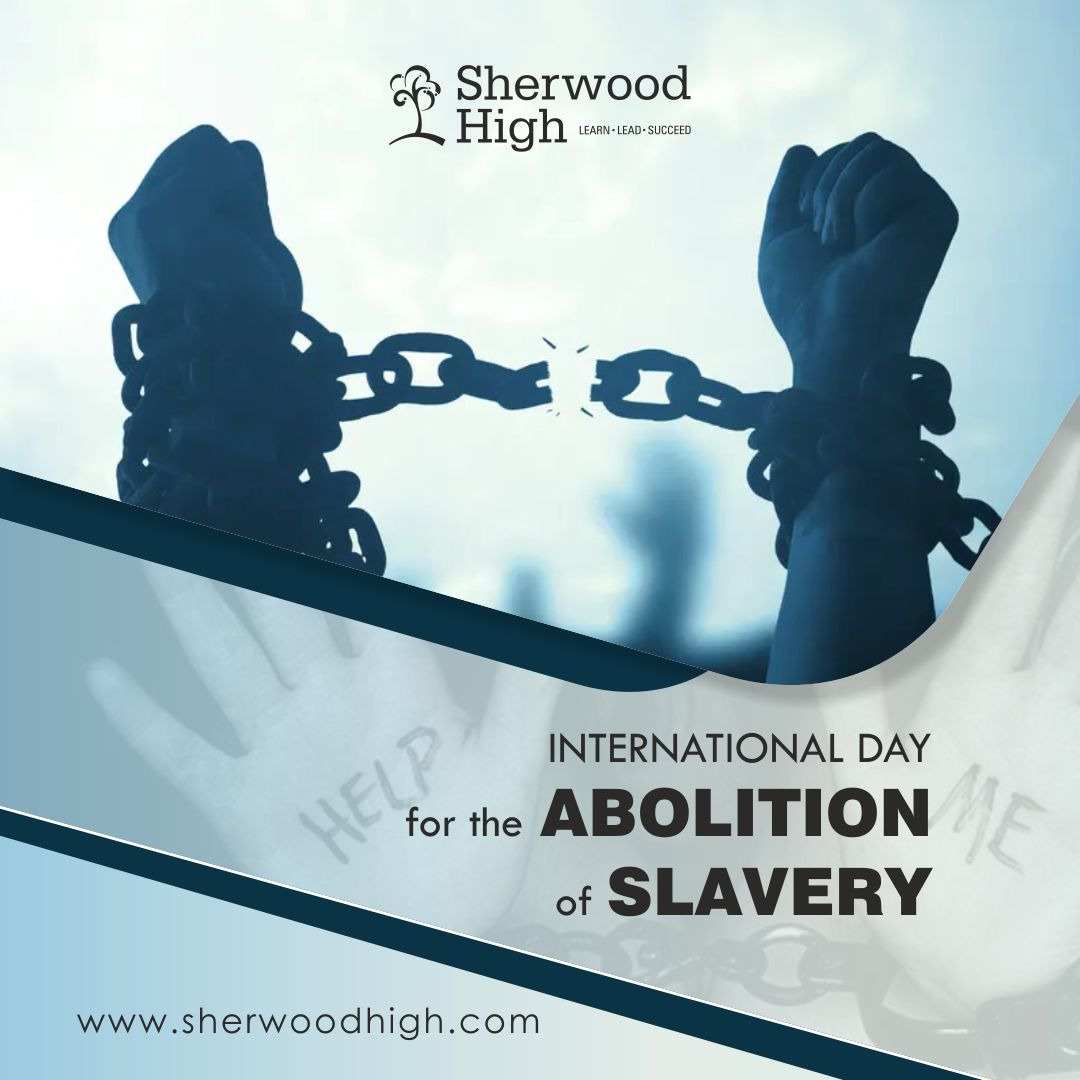 International Day for the Abolition of Slavery

International Day for the Abolition of Slavery

What is slavery? It is a condition in which one human being was owned by another. A slave was considered as property or chattel and was deprived of the most basic rights held by free people according to the law. So, slavery was a kind of dependent labor performed by a non-relative member who was deprived of personal liberty and the rights to go about geographically.

So why are we talking about slavery today?

Today is the international day for the abolition of slavery!

This is an observance held by the United Nations on December 2nd every year to raise awareness on the atrocities of modern slavery. It is a vital observance in which special consideration is given to ending modern-day slavery and servitude which affects the poorest, more socially excluded groups; these could be migrants, women, minorities of any sort, indigenous population, marginalized tribes and discriminated ethnic groups. Slavery today has evolved and manifested itself in various ways. Though traditional forms of slavery still persist, others have been transformed into new kinds.

The observance marks the date of the adoption by the General Assembly of the United Nations Convention “for the suppression of the traffic in person and of exploitation of the prostitution of others.” Today this International Day of the abolition of slavery recalls the date of this adoption to fight human trafficking by the United Nations. The focus is on eradicating all sorts of contemporary slavery: anything such as human trafficking, sexual exploitation, child labor, forced marriage, child marriage, forced recruitment of children for armed conflict, and the like.

When we speak about forced labor, along with traditional forms of forced labor, indentured labor, or bonded labor, there are more contemporary forms of forced labor such as migrant laborers who are being trafficked for economic exploitation of every kind- to work in domestic servitude or in the construction companies, Garment industry and food and agricultural sector, etc.

One among ten children is part of some sort of child labor globally. The majority of this occurs for economic exploitation which goes against the convention of the rights of a child which recognizes “the right of the child to be protected from economic exploitation and from performing any work that is likely to be hazardous or to interfere with the child’s education, or to be harmful to the child’s health or physical, mental, spiritual, moral or social development.”

Trafficking of persons means” the recruitment, transportation, transfer, harboring or receipt of persons, by means of the threat or use of force or other forms of coercion for the purpose of exploitation”.

Today human trafficking is an issue of global concern, which affects almost all countries and the UNODC, has identified more than 460 human trafficking flows across the world between 2007 and 2010, with victims detected being of 136 nationalities 118 countries. The global report on human trafficking records that one among three countries covered by the report were, unable to identify any convictions for trafficking of people crime between the said years.

The recent most effort by the international committee to address the crime at the Global platform is the protocol to prevent, suppress and punish human trafficking; especially women and children supplementing the United Nations convention against transnational organized crime which entered force in 2003. The United Nations addresses human trafficking as a crime which includes all forms of exploitation, and all types of victims seeking to Foster greater criminal justice action and to protect and implement the rights of the victims.

Many sources today say that more than a million children are trafficked each year for cheap labor AND sexual exploitation. These types of slavery are especially a huge threat to global peace and rights of citizens all around the world. It also goes against article 4 of the Universal Declaration of Human Rights which states that “no one shall be held in slavery or servitude; slavery and the slave trade shall be prohibited in all their forms”.

On this day, many people take an opportunity to share their perspectives in writing through opinion pieces, feature articles, poetry, short stories and other material. Some classrooms may review the history of slave trade the evolution and the changes it has undergone through the Modern Times. We at Sherwood high take the chance to write about this on our blog. Students need to be made aware of the negative impact of such historical or modern slavery on the society at large. Sherwood high believes in being committed to fighting against any social ill and making our Students aware and to strongly believe against practices like slavery bonded labor forced labor child labor and any modern forms of slavery.